the lump itself is longitudinally mounted. an interesting fact the main difference between Escort Cossie and the RS2000 Mk5 is that engine in that Ford is transversely mounted. The fact the car is fitted with a CAT means the exhaust flow is restricted, therefore affecting power. A cam cover in green shows a mechanic or enthusiast the Cosworth is unleaded. 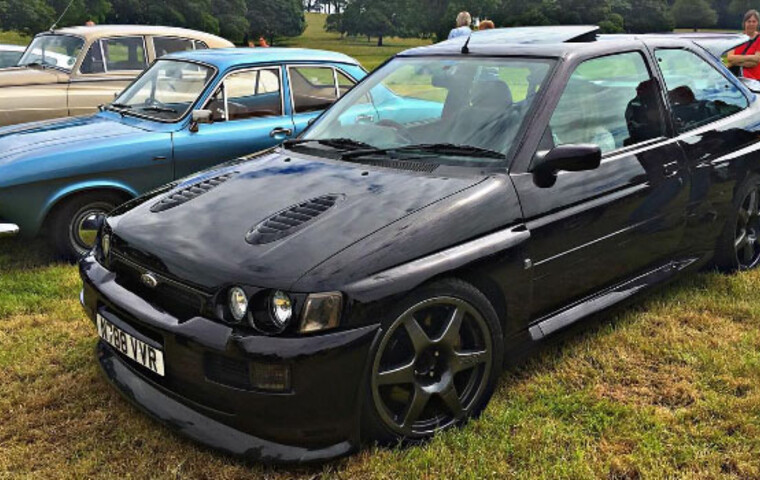 The Cosworth interior consists of a factory fitted Tilt and Slide sun roof, electric windows & mirrors, tinted windows and central locking and Recaro seats. The car was available as a Motorsport or LUX edition, both were available with optional leather. A limited edition model the 'Monte Carlo' was released due to the success of the Escort RS, this came with OZ styled wheels and a range of WRC new colours, it was also kitted out with Monte Carlo embroidered seats.

The tail gate of this awesome car was something else it featured a twin whale tail, but was replaced on later models with a much subtler spoiler, these became necessary to stay within certain EU laws e.g. Switzerland. Later RS Cossie modesl were also fitted with a much smaller Garett T25 Turbocharger, this did the job of reducing turbo lag and a new type of ECU was fitted to aid driveability, this wasn't applied to the T3 turbo version.