No doubt you have seen the new changes with Child seat law, but how much do you really know?
What exactly does this entail?, and how will affect my driver and children? - read on to find out
The Law is about to change regarding Child seats, the biggest change in driving laws for over 20 years. This is being enforced from the 18th September 2006 - The hope is that it will save up to 2000 Children's lives a year.
Be one step ahead with the new seating laws, or you could face a fine upto £500 or a £30 on the spot fine. The new child restraint laws come in on Monday under a new European Directive.
All children travelling in a vehicle under the age of 12 will have to use some form of child car seat, unless they exceed 135cm (4ft 5in) tall.
However, this has not been documented enough, and people are awakening to find that they are obliged to purchase new car seats or booster cushions for their kids. The biggest problem is to get a child who is used to travelling without one, to start using them again.
What are the new guide lines?
I expect police to use common sense, not put out major dragnets... but to appear at the school gates from time to time to give people advice.
Stephen Ladyman - Road Safety Minister
Any child under 135cm (4ft 5in) tall, unless have had their 12th birthday must use a child seat or restraint appropriate for the child's weight.

Which type of seat should I use?

We recommend you weigh your child and consult the folowing guide their are many online shops selling a range of child seats, child restraints and child booster seats to suit the recent child seat law. 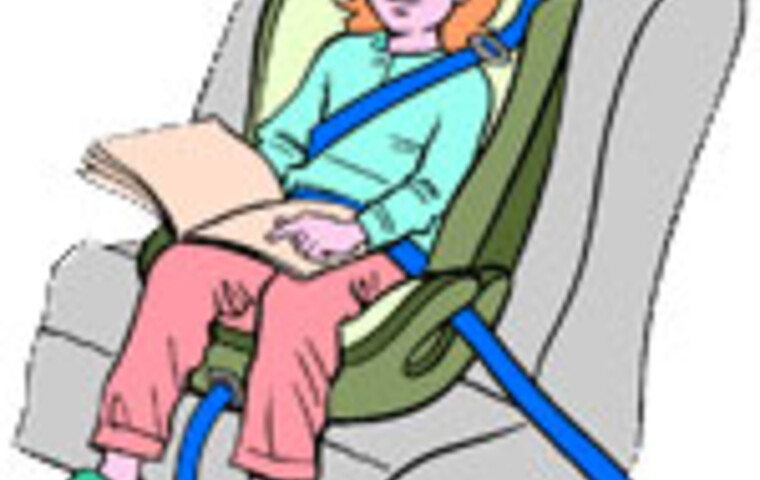 *
The Child seat law is as follows :
up to 13kg (2st 1lb) - a rear-facing baby seat
9kg to 18kg (1st 6lb - 2st 12lb) - a forward-facing child seat
15kg to 25kg (2st 5lb - 3st 13lb) - a booster seat
22kg (3st 6lb) or over - modern booster, booster cushion, or seat designed for larger children
Booster seats
A booster seat is similar to a booster cushion, however it has a back, and also sometimes has a level of protection for a child's head, giving support in a side impact situation.
The government strongly suggests that you try the seats before you buy them, as it is imperative that the Child seat fits perfectly in your car.
Are any children not affected by the new Child seat laws?
Any children over 12 yrs old or taller than 135cm tall, may use adult seat belts. The Department for Transport still recommend children should continue to use booster seats or cushions until they are taller than 150cm (4ft 11in).
How do the new laws affect the existing child restraint laws?
Until now children aged 3 to 11 have been obliged to sit in child seats or use an appropriate seat or cushion. The Law states now 'There is no exception - all children have to use a Child Seat or restraints including boosters.
Children aged 12 and not taller than 135cm, cannot travel in the front without a child seat or cushion, there are no exceptions.
Children less than three yrs old cannot travel without a child seat, regardless of front or back passengers, with the exception in the rear of a taxi
It is now illegal to use a rear-facing baby seat in a front seat fitted with an airbag
Whats the flexibility with the new law, is there any?
Yes
There are two cases where a child aged between 3 and 12 years old may travel in the rear of a car using not more than one adult seat belt:
The occasional short journey made for specific reasons: Unexpected necessity (not regular school runs, however the odd exception is fine example mother delayed at work)
Two children already using restraints in the rear seat, therefore leaving no room for a third. (In this case it would often be safer for the child to travel in the front using a booster seat.
Taxi Law concerning child seats
Children less than 3 yrs old may travel in the rear of taxi cars without an additional child seat or booster cushion, as stated above:-
In older cars fitted with no rear seat belts - children aged between 3 and 12 may travel in the rear seat, the Department for Transport disapproves and states this is not safe for children.
All Emergency vehicles - ambulances & police cars, are exempt from all child seat laws.
Tweet