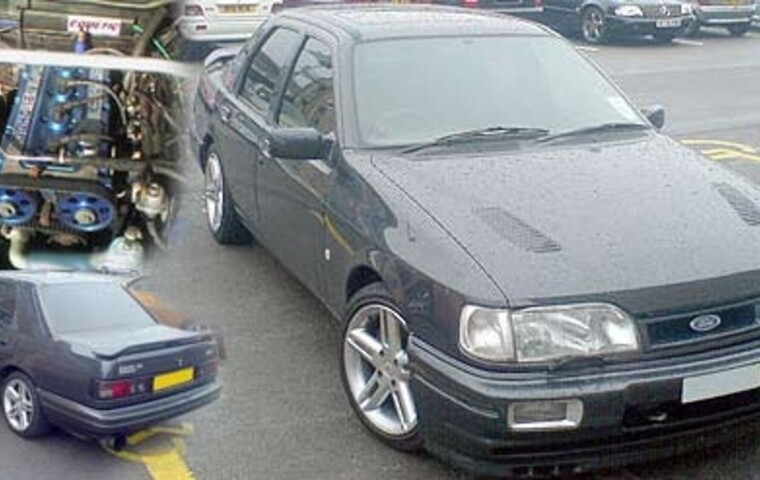 The models success was put down to it's extreme engine, a Pinto block with a race developed 16 valve aluminium head engineered specifically by Cosworth. The 16v head was originally designed to be a tuning part for the OHC engine a similar story to the Warrior conversion. The Cosworth & Ford combo was colaborated in a Northampton pub, without this intervention RS may have never succeeded with the Cosworth breed of cars. David Turner asked "Would the relationship with Cosworth do for Sierra what Lotus did for the Cortina ? It is globally recognised that RS and Cosworth achieved their goals".
The cars 16v 1993cc engine is capable of producing 204 bhp with ease for normal road use this is of course aided by its Garrett T.03b turbo matched with its state of the art Weber-Marelli fuel injection system. The auto comes with uprated brakes and chassis to a higher road/rally spec, and its capable of maxing out at a Top speed of 149 mph (240 km/h)
The biggest attraction of the RS Cosworth was its price, supercar performance for just under £16000.