Unlike many other teens I have gone and bought a 1973 Beetle as my first car, it cost five hundred pounds for the bug plus spares. To me it is amazing, the unique look, the heritage and the personality.
However some people can't see the advantages of owning a classic car, to them it is a pile of rust. But why should you go and buy a classic car ?
The main reason I got a Beetle, is I'd always wanted an aircooled Volkswagen, and the Super Bug was the one another big incentive was the insurance. Currently in the UK the average insurance price for someone aged between 17 and 20 is £2,960. However with a classic car this can be much less, a Volkswagen Beetle is around £1,400 or less fully comprehensive. Therefore the insurance is less than half the price of a similar spec newer car. I thought that this would be a great way of saving some money.
Depreciation is another reason, I purchased my Bug for five hundred pounds at that time it did not run. There was some minor electrical problems which meant that the car would not start. We have now got it running this means that the car is worth seven hundred to one thousand pounds. This means that I have not lost my money. It is also getting more valuable because it is a classic car and is tax exempt next year. Once the Beetle is finished it will be worth over three thousand pounds in the current market.
However if it is sold in a few years time it will be worth more. This means that the classic VW is making money. If you were to get a average car which is 10 years old it will cost around one thousand pounds. In 5 years it will only be worth three hundred pounds. As a result of this i thought that getting a classic car as my first would be a better option.
However having a classic car does mean that it will need a large amount of TLC and you would also need the facilities to maintain the car and the knowhow on how to repair it, don't let this put you off there are many classic s to suit every want, all you need is Jack, Tool Kit, a manual and a thirst for knowledge. If you want 100% reliability then a newer car would be a better option. A newer car will also be safer, this should not be a problem if you are a responsible driver.
Besides all of the advantages and disadvantages I see my bug as my pride and joy. It is something which I will keep forever. Sure it will cost a lot of money in repairs and parts in the future but it has its has its own value to me. 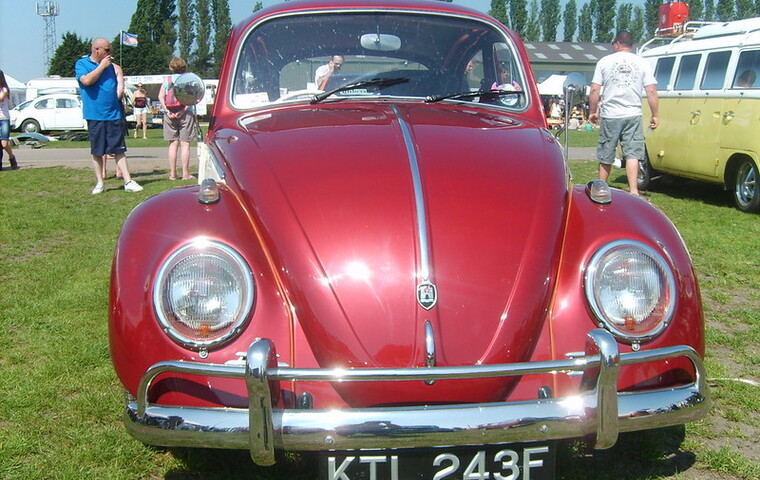