The 1980's brought a new car enthusiast, made rich from the .com era and entrepeneurial skills, rich people looking for extreme driving excitement, supercars were this need and desire, however the car needed had to be everything. There was such a motor, the unveiling of the Jaguar XJ220 changed everything. The fastest and most practical of all rear engined Supercars on the market, with the exception of the Mclaren F1. 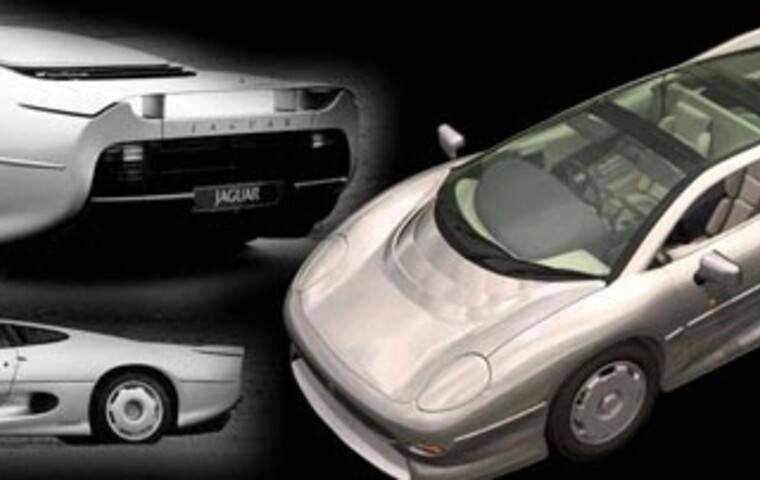 The new Jag fitted perfectly into the Super car market it was extremely powerful, very fast, beautiful, and of course very expensive. It is a very high geared model and more the looks of a Lemans car and quite frankly the XJ220 is a very big car not really a daily drive for even the bravest of millionaires. As you would expect a 2 seater, taking real skill to drive.
However this didn't bother anyone, the car was an instant hit, the prototype XJ150 in 1988 was meant to be the only one, and amazingly the first version was way more popular than the production model running a V12 engine, and four-wheel-drive to aid the driver. The 150 was added to the XJ to demonstrate its proposed top speed in mph.
The car received such a positive response that Jaguar decided to hand over the project to Tom Walkinshaw’s Jaguar Sport organisation , to turn the dream of a British Jaguar Supercar into a reality. The ‘Walkinshaw’ XJ220 was unveiled a year later, this version of the car was much smaller than the Prototype before, it ran a twin-turbo V6 engine similar to the ones installed to their racing cars, and it only came with rear drive. The cars customer weren't phased by this, although Jaguar said they would only build 350 cars at Banbury Jaguar, over 1,200 customers issued priority orders for the British Supercar.
The car is built from a relatively conventional light-alloy hull, it was basically a civilised version of a racing car, however with the luxuries of air-con and trimmed interior. A fatal blow could have been due to Jaguar not being able develop ABS anti-lock braking in time for sales 1992.
The XJ220 was tested and achieved 213 mph, even though all loved the cars styling and general behaviour, this didn't save it, economic confidence collapsed in 1990s. Jaguar saw fit to get every customer to sign a legal agreement the basically making them pay a chunk of the £403,000 price, many people who had signed up tried to break there contract while the cars were being built.
This resulted in only 271 cars produced over three years, many un-delivered and stored at Jaguar until the late 1990s. The Jag due to this is recognised as a commercial failure, affected by economic conditions. However this car is one of the best vehicles ever made by Jaguar and Ford.