Welcome to 2020 as you've likely seen we've rebranded and also increased output to our YouTube channel and we've started taking on more and more cars.

The year 2019 was very interesting for us, it brought some rather large challenges, however we overcame these and overall we had unprecedented growth as well gaining over 3000 subscribers to our Planet auto Youtube Channel .

We have grown exponentially in the last year is going from strength to strength and thank you for the support, apologies for this post being a little late, we've been extremely busy in the last week alone we've had three press cars including Ssang Yong Musso Saracen a formidable pickup, Skoda Kamiq a compact SUV and a BMW 330e the new hybrid 3 series.

As well as that we've been to Auto Sport International where we went live, we also combined picking up our classic Mercedes 230 CE from our former partner, we wanted to demonstrate how versatile the Musso pickup was, we sourced our own car trailer set off on the Wednesday before auto sport and headed across to Lincolnshire.

When we arrived Tim and his father were awaiting, both Tim and Everard helped us start the car as the battery had depleted completely, we then all started the task of loading Mercedes which is around 1400 kg on the back of the car trailer all four tires were flat, we wisely order a winch too.

We then took in in turns to winch the car onto the bed, luckily the bed moved, this made it far easier to load.

Indespension on White Lund in Morecambe sorted us out with the trailer, they also talked us through how to load, how to secure the load, how to disconnect the trailer, how to operate the trailer including pumping up the bed and unhooking the hinges and balancing your load correctly and more.

Jamie knew everything and explained very clearly and even hooked it up to our Musso.

It was time to set off on our 400 mile journey to be honest the Musso Saracen towing the car trailer felt like we had no load whatsoever, even though this trailer weighed in at around 750kg, it was like you were driving the Ssang Yong pickup with no load.

We managed a decent economy of between 32 and 33mpg and as you know I don't drive particularly slowly, well accelerate on this occasion I couldn't exceed 60 due to the road laws.

The Musso handled exceptionally well on the motorway and on A roads the only challenge I did have is the fact that the car trailer was so wide but even with the car on after we collected it and left Tim's father's it didn't make that much difference to the driving experience.

The Pickup pulled it with ease our economy did drop to around 26mpg however the towing experience was faultless.

The Ssang Yong Musso is powered by a 2.2 turbo diesel engine which is the same one in the Ruxton, the truck is actually built on this SUV too and boasts that it is more SUV than pick up it has a six speed aisin gearbox and cruise control which makes pulling faultless, one thing we did notice around 40mph because of the weight it did get a bit indecisive with gear changes, but when you got to a say 60 it was faultless it would drop down gears to climb hills and felt bullet-proof.

It's very refined in the cabin very little noise even for a 2.2 diesel, no sway, very well planted and at no point did you think you had lack of power it just went, even pulling away from start up a steep hill it would just power through quite staggering this pick up is under £28,000.

As you'll see from the road trip on YouTube we had immense fun we met up with Joseph Lloyd of Lloyd vehicle consulting, he had chance to travel in it and also helped me do some of the manoeuvering as well as did Annabel.

After we returned from our road trip we then had the Skoda KAMIQ this is a fantastic compact SUV is also built on the Arona platform which is on MQB platform this is powered by a 1 L three cylinder turbo engine coupled to a five speed manual you can also get TDI, petrol engines vary from 95 bhp up to 150 these come equipped with a six speed manual, it's well refined lots of intelligent safety and other cool things that Skoda offer, umbrella in the door etc .

Currently we've got the BMW 330e outside this is the latest hybrid from the German manufacturer extremely well refined virtual cockpit, driving modes including Sport, Hybrid etc.

We've got an M sport edition and it is fantastic, pulls 0-62mph in 5.9 seconds and it's got lots of bells and whistles excellent lights, excellent handling and full electric mode.

That's our review cars for the last week we also attended Auto Sport International, we turned up with with the Mercedes and Musso and started adventuring, we went to the Performance and Modified section 1st and saw some absolutely immense machines KREAM were showcasing their Bugatti Veyron, Mercedes G wagon 6 x 6 various Porsches and other boutique style luxury wrapped cars.

There were lots of tuners to peruse including Yiannimize, Liberty walk with tuners as well as MillTek who were showcasing their active sound system for Tesla.

Auto sport International they had their own cars right round the outside of the arenas from early Formula One through to the latest racing cars including the Volkswagen TDI Le Mans car one of the highlights was certainly the rally cars, there were some great group B cars subaru's etc and a Mira Fury and a Lotus Sunbeam, Metro 6R4.

One crazy thing is one member of the public or trade walked up to me and said that they'd see me on a previous British motorsport video drifting Paul Swift's BMW, i was staggered, now that was an interesting revelation and that's just the last week.

Moving forward we have got so much planned with more BMWs with more Peugeot cars well with loads more manufacturers coming hoping to get the new L200 as well, we've just had the ASX and i'm currently editing on the computer, we will also be attending the biggest shows this year including London concours both Goodwood Events, Festival of Speed and Revival, Salon Prive, Concours of Elegance and no doubt some others that I have missed.

We've also got some challenges coming with the Joseph Lloyd, The Rubbish Mechanic, Matt from Furious Driving and a whole host of other YouTubers, that will be at Santa pod Raceway where we will race and there will also be an economy challenge and all types of things.

This is what I missed last year due to Annabelle's challenging health but this year we're ready and raring to go, we are also going to go on tour in the Mercedes 230 CE and the Mk2 at some point, we have our mechanic Christian who has just got a new unit working on the Golf, meaning the Golf GTI Mk2 now running an ABF will be back on the road and as the Mercedes 230 CE 1991 coupe is now home this is going to be restored too, plated up at the back because it has gone in the normal place a W124 goes due to water ingress through the sealant into some of the core structure which holds on the rear axle which makes it is a very important repair.

Apart from that the Mercedes is in very good condition starts, runs and it's gonna be a very exciting year it really is, we expect our YouTube channel to grow significantly as well.

We also have a new automotive event to attend, the British Motor Show we've already been to the launch at Farnborough we've been talking to Andy Entwistle and we should be doing more with him we've also got for a 5000 subscriber giveaway,tickets to the #BMS, that will be a VIP package.

I think this is going be one of the longest posts I've ever written to this website, however you guys needed updating because after Michael left everything went a bit sideways we had to re-evaluate our systems we had to look at our processes and we had to streamline and I won't lie it has been a challenge we've had to do a lot of catching up because just before Michael left we decided that we were going basically go tenfold and get as much content out as possible.

We are now catching up with this also means we've  got lots more content to bring you includong Salon Prive which has not been published with supercars - even more projects as well as well as that we've been filming some the project work on a road trip and the Insight from Honda trip and the Musso.

There is lots to look forward to and thank you for your continued support keep watching the channel keep visiting the website and liking or social media posts it all does help and happy New Year I know it's little late and Innocent smoothies have already said that you don't say it now, but I need to say it.

Watch out for giveaways as you see we've rebranded so we've got new merchandise, we will be selling this at some point however currently it is just the prizewinners don't forget to visit the Planet auto Youtube Channel and thank you 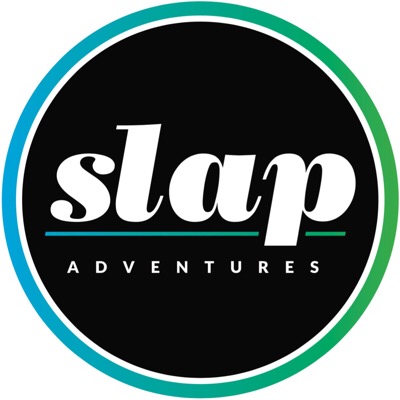 Want to experience the best driving roads in the UK and the rest of Europe, well Planet Auto has teamed up with Slap Adventures to get you a £95 off the price of a tour with the Slap Adventures discount code PA95, exclusive to Planet Auto, this applies to either the Viva La France or the Tyrol and Dolomites tour, or both. There highly anticipated Highland fling which takes drivers into the farflung reaches of Scotland has already sold out. 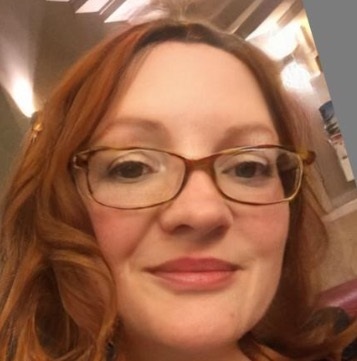 Annabelle is the voice behind Planetauto, planning all logistics, forging new directions. Annabelle has the passion and drive to deliver an unparalleled client experience. Her primary objective when undertaking a project is to establish a rapport with all clients, and approach any objective with a focussed determination and an attention to detail that is unsurpassable.

Annabelle’s skills and resources are extensive and constantly expanding. During her career the foremost concern has always been openness, honesty and integrity and a healthy working relationship within any work structure. This gives Annabelle a unique ability to elevate any and all working experiences by taking advantage of opportunities and developing the skills of the people around her.

Ben graduated from The University of Teesside in 2002 with an HND Multi Media, having previously graduated from L&M College with a BTEC Nat Dip in Computer Programming in 2000.

He Founded Planet Auto in 2005, taking on the massive task of creating the framework of the site, feeling the site needed a rebuild Planet Auto was rebuilt in 2013 with a custom CMS based on Joomla.

Now in 2019, the team have decided to rebrand Planetauto once again, this inturn means the site has undergone some of the biggest changes in its history, Ben maintains the backend of the site, whilst also consistently updating the site with content and growing our forever expanding Instagram and other social media platform ensuring our  audience always have something new.