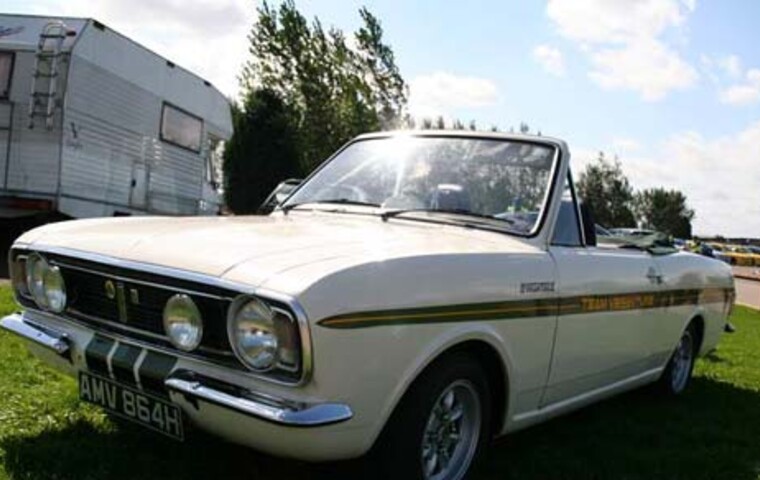 This US car company was founded by Henry Ford in 1903. Two Model A cars were shipped from Detroit to the UK – The first cars to be imported to UK shores. Henry could not have imagined how his company would flourish.

The two Model A's had their debut at Cordingley Automobile show in Islington London, seeing these new car driving around, Aubrey Blakiston was driven to set up a Ford sales agency in Long Acre, London. The agency appointed Percival Perry who eventually took over.

The history of FIAT

Fiat was born in the Italian industrialization era. When the company first appeared it sparked instant wonder & now due to this, are recognised globally as one of the most powerful car companies. This power due to owning quite a few car manufacturers. The Fiat logo symbolises great cars and reflects the car manufacturers status.

The Societa Anonima Fabbrica Italiana Automobili Torino charter was signed on July 11 1899, this signalled the start of Fiat, out of many of the board of directors, a Director Giovanni Agnelli was determined to make the car company extremely successful in addition he had the strategies to make this happen. Driven by his motivation to put Fiat on the car manufacturers map, in return for his work, Giovanni Agnelli was given the role of Managing Director in 1902.
Carso Dante
In Carso Dante the first car plant for the Italian manufacturer, the first of many, opened its doors. Its workforce, 150 people. An impressive 24 cars rolled of the line, including the 3/12 hp. Giovanni recognised that Fiat would need a trademark, in 1904 an Oval on a dark blue background logo was born.
When the Car Tour visited Italy, 9 Fiat cars competed and finished the race.
Vincenzo Lancia entered & won the Sassi-Superga, a hillclimb car race in a 24 bhp Fiat car in 1902, this success drove Giovanni Agnelli, FIAT President to enter an 8 hp Fiat car in the following Italian Car Tour, Agnelli even set a race record.

1908, saw Fiat land on US soil, and open its first US factory. This gave the company the boost they needed they expanded at an unforseen rate and started building factories to manufacture specific engine parts. The company saw the need to produce more than just cars therefore it ventured into trucks, marine engines and commercial vehicles even tram production. The Italian company was making its mark, it continued to compete and win car races, more than often setting records as it went. Fiat was onto a winner.
Giacomo Malle Trucco was given leadership to accept the construction of a new car factory - Lingotto factory in Italy, work began in 1916. This new Fiat factory was undoubtedly the biggest car factory in Europe, it was built on five floors, and right at the top a test track was constructed the work was finally completed in 1922. This test track & factory is the symbol of Italian automotive industry.
The War, brought hard times for many car companies, Fiat was no different however they did manage to completely recover by 1923, in recognition of this Giovanni Agnelli was given a promotion, he was now the new Fiat CEO. Many new models were released and in recognition for there loyal workers, employees were given health plans etc, also financing was introduced on their cars.

Fiat driven by the dictator Mussolini's autarchic ways, meant the car company had to look at the international market for its cars, mainly the domestic part. As part of this strategy The Topolino was released and ran till production ceased in 1955. Also the Tariffa minima, aka Balilla, was also released a popular model which gave exceptionally good fuel economy. 1937 saw the construction of another car plant
- Mirafiori
This new new breed of car plants main aim was mass production.

WWII saw car production reduce to almost nothing, however commercial vehicles saw the opposite. During this time many of the companies car plants were destroyed , however this did not phase them. The President of Fiat Giovanni Agnelli, sadly died in 1945.
His new replacement Vittorio Valletta was issued the role of CEO.

After the end of the war Fiat recognised the need to research more, therefore started taking a great interest in researching new strategies, innovations and practices. The 500 & 1400 were introduced as the first mass production model, these cars had heating and ventilation systems never seen before. The benefits of diesel were looked into soon after rthe 1400 diesel engine was released in 1953. 1958 saw an increase in production and sales, car plants were built overseas and Mirafiori doubled its car factories. Fiat had firmly placed Italy in an economic boom. 1955 saw the release of the 500, a large rear engined car. The car sold well and in 1957 a new version was released, 1960, saw a 500 Giardinetta, more a kind of estate / station wagon. In addition Fiat introduced 1300, 1500 & 1800 car models.

The mid 60's brought a rapid growth in sales in Italy and its export market. The Italian car ratio had previously been 1 car to 99, however now it was closer to 28 cars to 96. Fiat saw this as an opportunity to construct more factories throughout Italy, this spurred the intro of the 850.
The first front wheel drive car was introduced in 1971 the 127, this auto was instant success, it even received Car of the Year 1971. Gianni Agnelli grand son of Giovanni, became Fiat President in 1966. Like his Grandfather he ensured the company would concentrate on car production while still researching, ike many other car manufacturers suffered greatly during the late 70's oil strikes.

Robogate, turned the corner for automed assembling, a flexible robotic system introduced in 1978.
The years between 1978 and 1990 saw many projects for Fiat including the setting up of Fiat Avio - Auto - Engineering - Ferraviaria, Comau, Teksid & Magnet Marelli.
The Panda was introduced in 1980 and styled by famed designer Guigiaro in 1980, a small car available in 4x4. The Uno, a really rare site today was the symbol of the car rejuvination in 1982. The Fiat Uno had electronics unforseen before, it came in a range of models from a standard 1.1 to a 1.4 IE Turbo, this model also had a full electronic dashboard and turbo charger. The Tipo was released in 1989 and made car of the year, the car had conquered cutting edge technical issues and not forgetting the Strada avaiable in many models the top being the Abarth.

The Tempra was introduced in 1990, the following year the new 500 was released, followed by the Punto, this car seemed to replace the Uno, it came with similar engine sizes and also was available in a turbo-charged model it was given Car of the Year award in 1995. Then came the Coupe, a new breed of car.
Fiat released the Ulysse in 1995 to tackle the multi purpose vehicle market, as far as cars are concerned the Bravo, Brava and the Barchetta / Cinnequento were released all released in the same year. 1996 / 1997 saw the intro of the Palio, Marea and Marea WE.

In commemoration of the 100 Year Anniversary, the original logo was changed to a round logo from the orginal blue oval logo.
The year 1998 saw the release of the Seicento, a car smaller than its Cinnequento predecessor, the ideal car for the Italian people, small easy to manouvre and easier to park, and above all was great for driving roound the thin streets in the city, this year also saw the release Multipla.
A new millenium
The year 2000 saw the release of a new breed cars including the Diablothis new car had its debut at the Paris Motor Show it showcased as a commercial / informal car. The Stilo introduced in 2001, was the the first real technologically advanced car for Fiat of the millenium, it sported stylish looks and lots of toys and came in a variety of engine sizes.
2002 was the year for restyling the vehicles included in this were the New Ulysse, Multipla and the even the 2001 Stilo MW, this model was restyled with more aggresive features.

It was recognised in 2003 that already successful Punto needed a restyle, therefore the new model of Punto was released it had different styling and cam e with an additional engine size a 1.3 Multijet 16v. The following autumn the Panda was re-released and received Car of the Year Award. The following year the Fiat idea was released a new type of MPV ( Multi Purpose Vehicle) a first for the Italian company.
As for 2007 - The Grande Punto has made its mark, a bigger version of the Fiat Punto with many additions to the original, also the Fiat 500 is to be re-released with stiffer suspension, wider arches and awesome 150 hp turbo charged engine - 0 to 60 in eight seconds. As expressed by Giovanni Fiat continues to innovate with advanced technology way into the future.

The history of Caterham

A real drivers car capable of 0-60 in around 3.4 seconds, one of the best handling cars, a British hero, no extras, no mods, no technology just raw power and a formula 1 car based chassis, which needs real skill to keep it on the road or track when driven hard.
The Caterham is a racing car, but road legal, light as a feather, very quick and no comforts not even a roof but overall lightning acceleration the top motor being the Super Seven, a real drivers machine.
Tweet