The Geneva Motor Show is half way through and what a selection of cars we have seen so far. Everything from Ferraris to Fords, there really has been something for everyone. Amazing to think these cars are going to be on the road in the coming year. At planet auto we have compiled our favorites so far. This does not mean their wont be more. Expect to see our full round up of the 2017 Geneva Motor Show in the coming weeks.
McLaren 720s
In 2011 McLaren launched back into the supercar game with the 12C to rival the Ferrari 458 and Lamborghini Huracan. Every year sins they have produced a new car, every time better than the last. Considering they have doubled their sales in the last year alone they must be doing something right. We now have a replacement to the great 650s.

Introducing the McLaren 720s. The bodies drastic redesign will be one of the more noticeable change however there have also been changes to the engine, chassis, breaks and more. The main goal of this has been to reduce weight. We are still yet to find out what weight saving the body and chassis have had. 6.5kg has been taken away else where. The engine has also grown to a 4.0 liter from the previous 3.8 and now produces 710bhp. Increasing the power to weight ration to 553bhp per tonne. This allows the car to reach 212mph. Firing its way up to 60 in under 3 seconds. How much will all of this cost you ask? £207,900 Starting price. Considering the depreciation on previous cars you might find that a bit steep. Most McLaren owners probably wont care. Despite some people might have another 100K sitting around, how about McLaren Special Operations version of the car.
Lamborghini Huracan Performante

The Huracan Performante is going to be the fastest Lamborghini yet. Rumours suggest The latest in the Huracan line up has even topped theNürburgring lap time of its bigger brother the Aventerdor SV. No Surprise when you find out its shed 90 pounds and been given an additional 30 horse power to the 5.2 litter V10 now pushing out a staggering 602bhp. Other updates include; sticker tires, suspension, ABS and traction and stability systems. After seeing the car at Geneva if its performs the same way it looks then its going to be great car.
Civic Type R 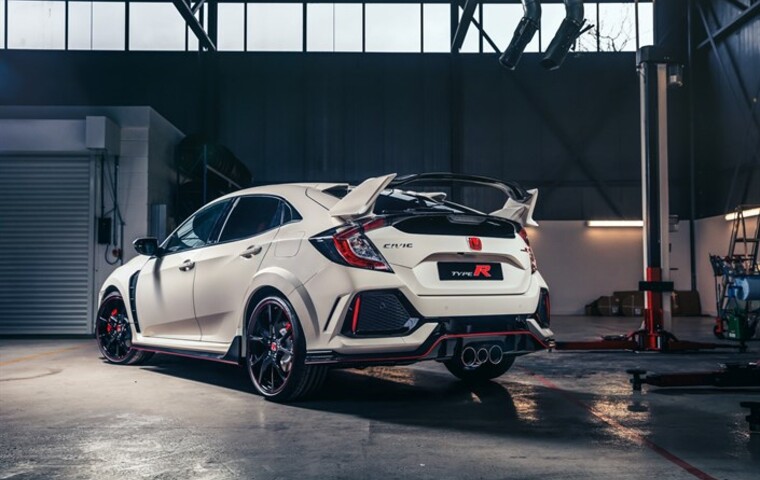 The Honda Civic Type R takes its basic components from its regular counterpart the Civic, just like with BMW 135i, Golf R and Focus RS do. They are then given a new lease of life. With vast improvements to the engine, gearbox and chassis to provide you with the ultimate hot hatch. The latest type R is powered by a 2.0-liter turbo charged engine producing 316bhp and 400Nm of torque. This if then distributed through a new six speed manual gear box and front wheel drive. Along with some drastic styling tweaks over the standard car it is like Marmite, you ether love it or hate it. Personally I’m not too much of a fan. Much prefer the subtlety of the Volkswagen Golf R or more tasteful looks of the Focus RS. Especially when you find out the Civic Type R is £32,000!
Fiesta ST

The all new fiesta is coming in September with a range of economical 1.0 engines, snazzy new interior and array of premium kit. No need to worry if you are looking for a pocket rocket ford wont leave you disappointed. Ford have delivered It features a new 1.5-liter three-cylinder engine delivering 200 horsepower and 214 lb-ft of torque. This launches the fiesta to 60 in just 6.7 seconds. What makes this new ST even greater is its finally available with 5 doors and a vast array of tech on board, this biggest improvement being the 8ich display to replace the slightly dated infotainment system seen in the last fiesta. The Vauxhall Corsa VXR is going to have to watch out for this one. Expected to be priced at £19,000 and available early 2018.
Audi RS5 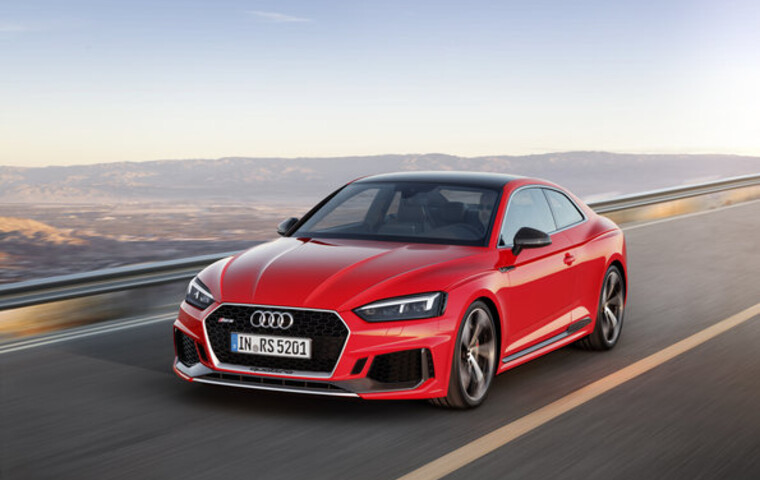 Just like the ford fiesta we saw the arrival of a all new sensible everyday car earlier this year the Audi A5. Now Audis RS department have been let lose to bring us an all new RS5. A range of styling tweaks have been made including; honeycomb grill, aggressively tweaked front and rear bumper, 5 spoke 19-20 inch wheels and spoiler. Audi have followed BMW in the trend of dropping the V8 in favor of a 2.9-liter twin turbo V6. Its no slouch producing 444bhp which is the same as the outgoing V8. This pulls the car to 60 in under 4 seconds and will top out at 174mph. This makes it faster than the old RS5 too. Audi claim there is improved fuel economy, however this will be unlikely if you drive this car to its full potential. The new RS5 will carry over the new interior and tech from its more sensible brother and sisters. Costing around £62,000 you can expect to see one on the road next summer.  This does mean if you are after some German V8 muscle you will have to go for the C63 coupe.
There is clearly going to be more to come and there is plenty of cars which we have had not chance to cover. We want to know what has been you favorite car released so far, let us know on social media or comment below. We expect to see the cars we have covered so far at the London Motor Show in May, we will bring you more in depth coverage of all the cars we see.
Tweet